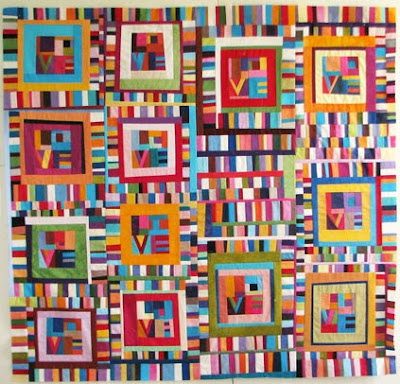 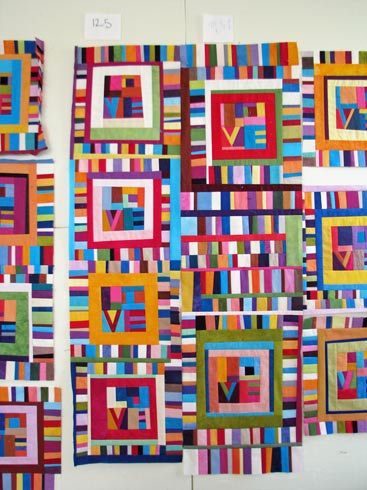 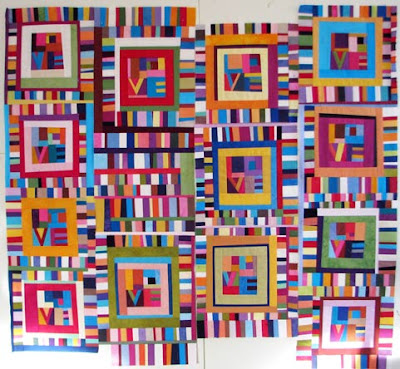 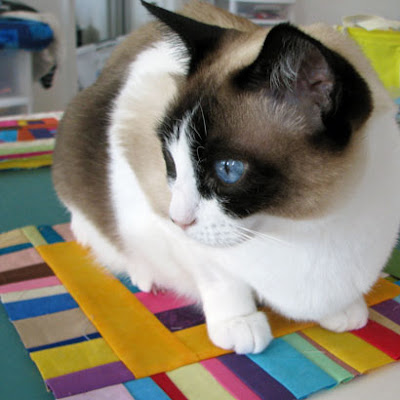 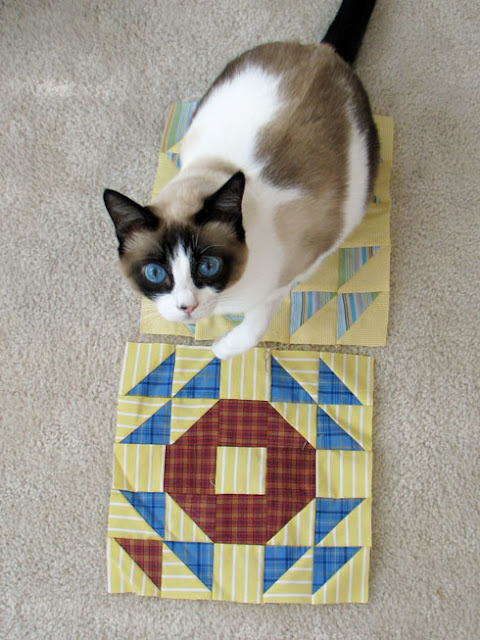 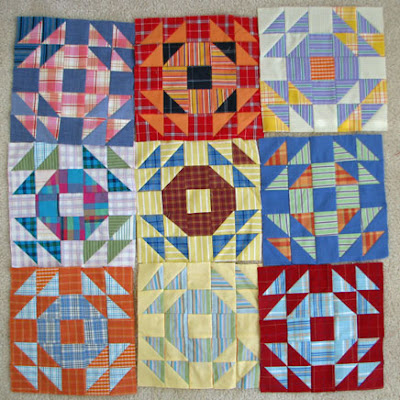 My computer connection is miserable right now. So I'll just sign off with that tidbit. Later!
Posted by Tonya Ricucci at 11:09 AM 41 comments:

I've made three more Crown of Thorn blocks from shirting fabrics - for a total of seven. I'm not sure if the ones with red will stay in - they seem so much darker than the other blocks. Since I don't actually have a plan, they might work or they might not. 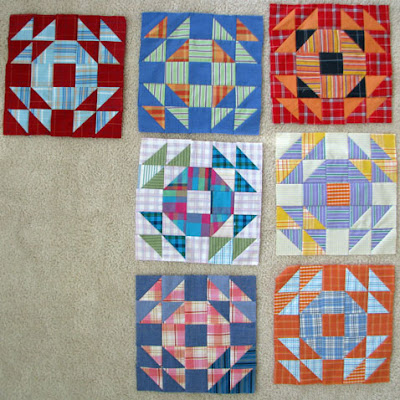 I'd have gotten more done if I didn't have to do boring stuff like piecing a backing for a quilt. I know I could just buy fabric for that, but I'm ready to move older fabric out of my stash. Pokey was ever so helpful in the process. 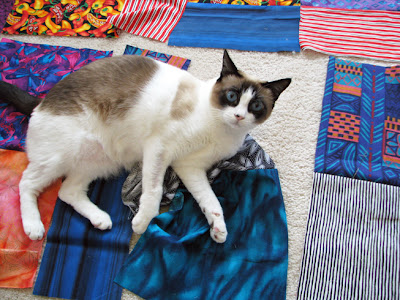 Must wrestle fabric into submission: 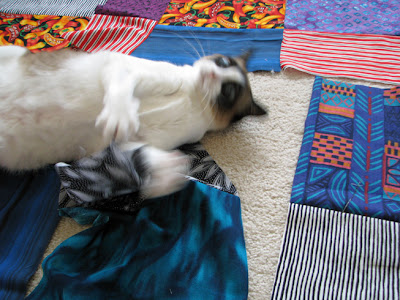 Here she is, ready to pounce on another square of fabric: 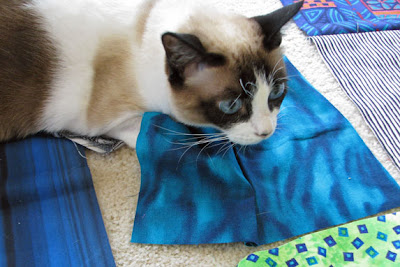 Anyway, sewing hasn't been the highest priority. Instead I've been putting in time on the book. I was amazed to discover that Word Play Quilts is already on The Patchwork Place website. Holy cow! We now have a date for it too, December 7th. fingers crossed. I'm feeling like a real author.
Okay, I know I have lots more to tell you, but the Tour de France has finally hit the Alps. I've gotta go cheer Lance on.
Ya'all take care.
Posted by Tonya Ricucci at 8:04 AM 27 comments: